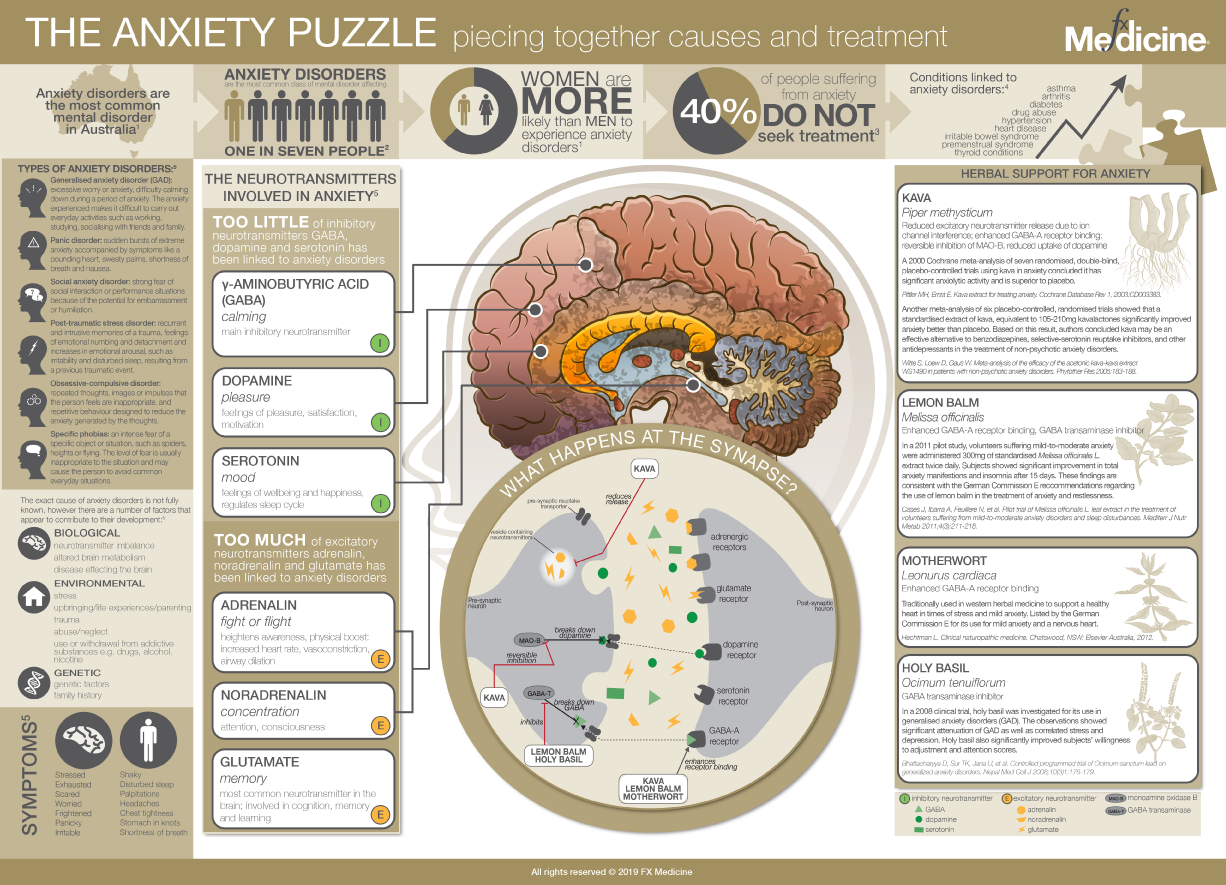 In this infographic, we take a closer look at anxiety disorders as well as the clinical relevance and modes of action of these very promising herbs.

We are all familiar with what it feels like to react to a stressful or threatening event. That uneasy feeling of worry or panic, coupled with the physical manifestations of an increased heart rate, rapid breathing and muscular tension, is a typical physiological response known as ‘fight or flight’. Once the perceived threat goes away, so too should this reaction, and we return to a normal and relaxed state. However, for a considerable number of people, that uncomfortable feeling of fear or impending danger can be a persistent presence and so too can those distressing physiological symptoms. It is an unfortunate feature of the 21st century that anxiety disorders are the most common psychiatric presentation in Australia, affecting one in seven people.

Over the past several years, a number of herbal medicines have been studied for their ability to treat anxiety and related symptoms. Several of these have been shown to be particularly effective without the risk of serious side effects. In particular, kava is one of the most researched herbal anxiolytics showing the ability to significantly reduce anxiety symptoms in a variety of patients. Other anxiolytic herbs, such as holy basil and lemon balm, have also demonstrated stress-reducing and muscle relaxant properties. Leonurus cardiaca (motherwort) is a herb which has been traditionally used to address some of the physical manifestations of anxiety, including heart arrythmias.

It is an unfortunate feature of the 21st century that anxiety disorders are the most common psychiatric presentation in Australia, affecting one in seven people. (ABS 2007)