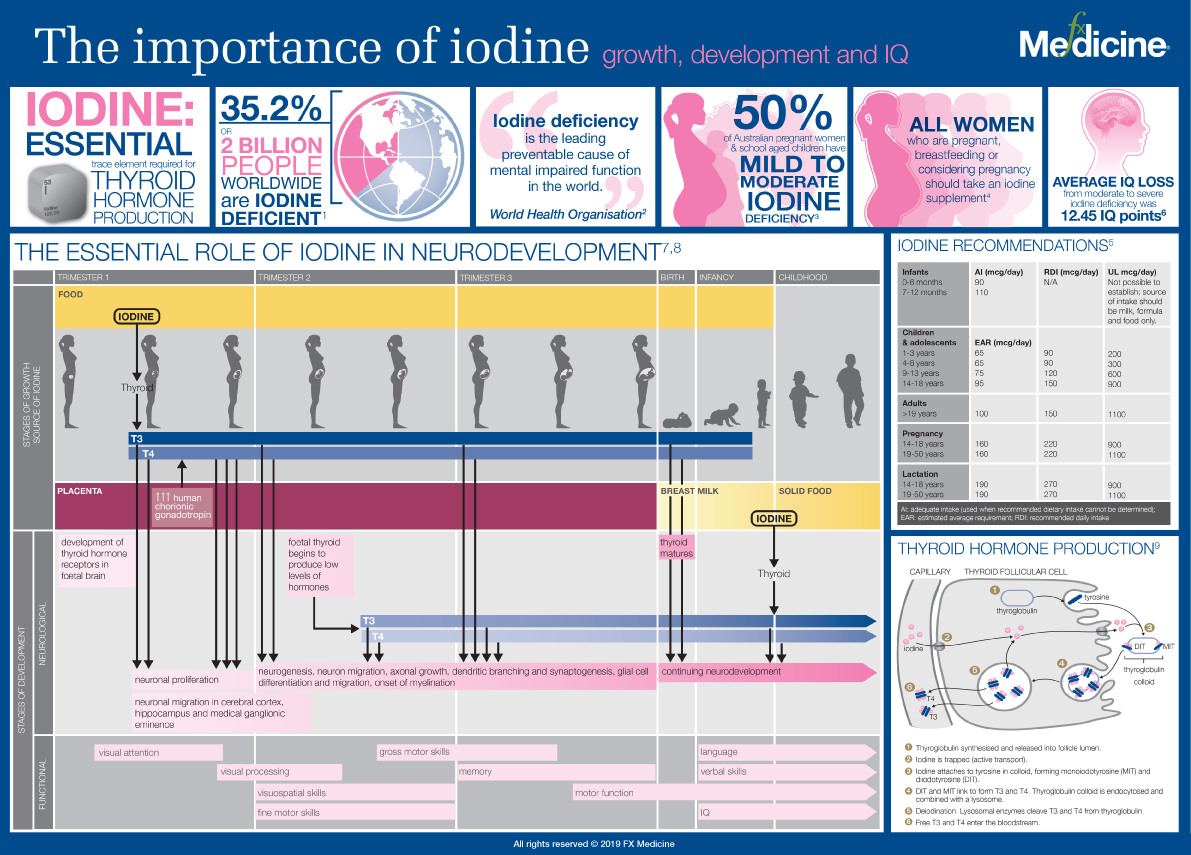 Iodine is an essential trace mineral required for many aspects of normal, healthy function. Whilst commonly considered to be a third world problem, iodine deficiency has re-emerged in Australia and is now considered to be epidemic by numerous experts.

It has been suggested that our diets no longer provide sufficient iodine due to a number of factors including depleting soil levels, low intake of seafood, a push to reduce salt intake and changes in sanitisation practices in dairy processing. As a result, iodine deficiency remains the single greatest cause of preventable brain damage and mental retardation worldwide.

If there is an insufficiency of iodine during pregnancy the foetus cannot produce enough thyroxin resulting in retarded foetal growth and brain maturation. Severity can vary from mild intellectual blunting to frank cretinism, a condition that includes gross mental retardation, deaf-mutism, short stature and various other defects.

Even in cases of mild iodine deficiency there is reasonable evidence of sub-optimal neurological development, most notably reduced IQ. Increased rates of ADHD have also been observed.

By exploring the changing actions of thyroid hormone throughout specific time windows of development a picture of the vital importance of iodine sufficiency emerges.