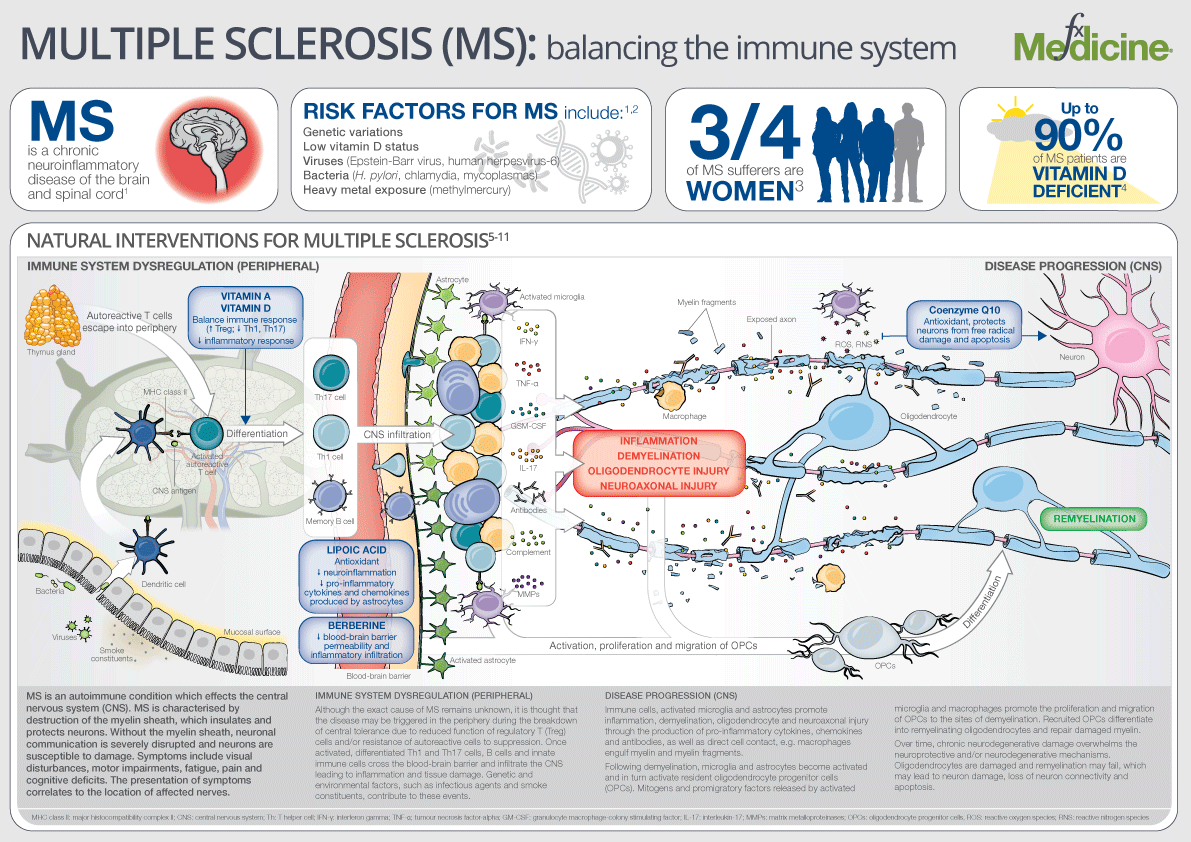 Humans are equipped with a powerful and sophisticated immune system which has been designed to resist harmful threats to our health. Ordinarily, the immune system is tightly regulated, however certain genetic and/or environmental conditions may trigger an immune response  against self tissues, i.e. autoimmunity.

Multiple sclerosis (MS), a chronic neuroinflammatory disease of the brain and spinal cord and is characterised by the destruction of myelin and often the underlying axons.

MS is thought to affect more than 2.3 million people worldwide. Epidemiologists have identified a number of factors that influence the risk of developing MS including gender, genetics, age, geography, ethnicity, as well as dietary and environmental factors.

While MS is not thought to be a hereditary disease, the risk of getting MS is higher in relatives of a person with the disease. Furthermore, specific genes have been linked with MS.

A number of environmental factors have also been proposed and infectious agents, such as the Epstein-Barr virus, are considered to be important likely triggers. Age at exposure to infection seems to play an important role, and moving at an early age from one location in the world to another alters a person’s subsequent risk of MS.

MS is more common in people who live further away from the equator and there is growing evidence to show that decreased sunlight exposure resulting in a lack of vitamin D is linked to increasing prevalence. The influence of nutritional factors, such as vitamin A, lipoic acid, coenzyme Q10 and berberine has also been under investigation.

In this infographic we review the the nutritional factors that are considered to have an effect on MS and explore the biological rationale that may underlie their influence.