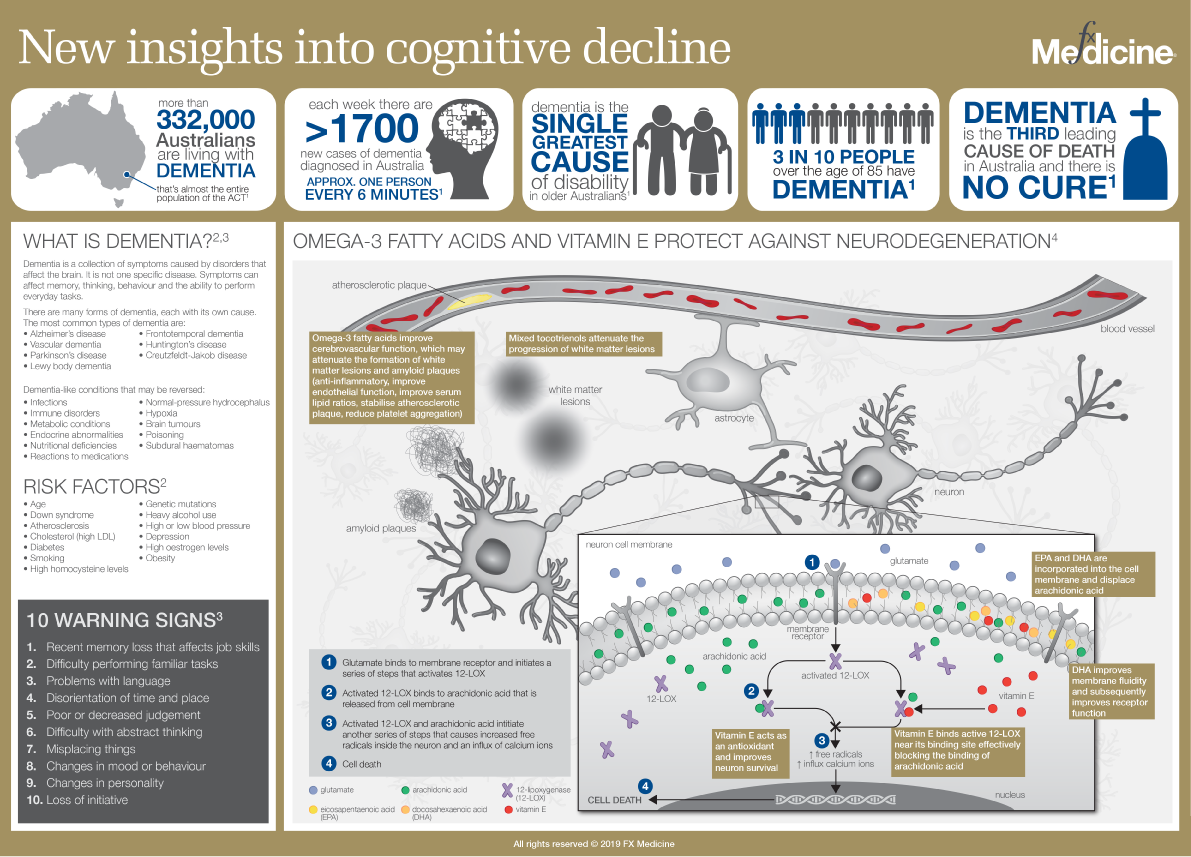 Dementia and cognitive decline are major health problems in Australia. The associated health consequences are profound for the sufferer as well as for their families and friends. While dementia is not an inevitable part of ageing, it does primarily affect older people. Thus, we can expect cognitive impairment to be an increasingly prevalent condition as a consequence of Australia’s growing aged population.

A number of common risk factors have been identified for cognitive decline. These include a lack of mental activity, smoking, heavy alcohol use, lack of physical exercise, malnutrition, chronic stress, high blood pressure, diabetes, atherosclerosis, depression, social isolation and having a specific gene (APOE-e4) linked to Alzheimer’s disease. The good news is many of these risk factors are in fact manageable. In addition, there is a growing body of encouraging research supporting the therapeutic use of specific nutritional supplements. The protective benefits of mixed vitamin E isomers have been found to reduce the risk and progression of cognitive impairment in older adults. While alpha-tocopherol has been the main focus of investigation in studies of cognitive impairment and Alzheimer’s disease, vitamin E actually includes eight natural antioxidant compounds (four tocopherols and four tocotrienols). Recent studies involving these additional isomer forms have yielded encouraging results. Considering that the brain is particularly vulnerable to oxidative stress, which is thought to play a role in the pathology of neurodegenerative diseases, a mixed tocopherol and tocotrienol supplement may be a worthy consideration. Likewise, omega-3 supplementation has been the subject of much interest and study in relation to age-related neurodegeneration. Several recent papers published earlier this year have demonstrated that omega-3 supplementation improves brain volume and delays cognitive decline in older adults.

In this infographic we focus on the research evaluating the benefits of these important nutrients in dementia and cognitive impairment. We also explore some of the proposed mechanisms that may explain their neuroprotective properties.