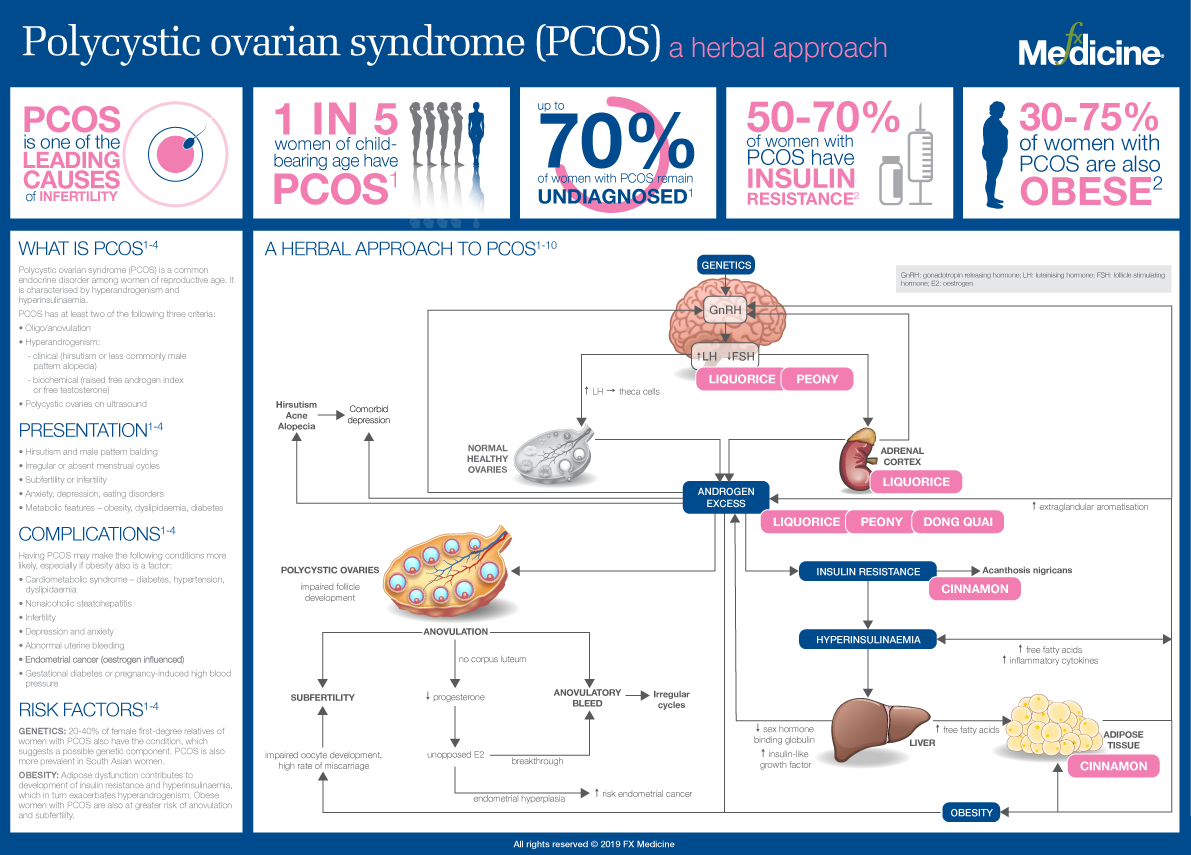 Polycystic ovarian syndrome (PCOS) is the most common endocrine problem in women and one of the leading reasons for female infertility. It is often associated with depression and other mood disorders as well as metabolic dysfunction, including insulin resistance and compensatory hyperinsulinaemia associated with altered androgen production and metabolism. The cause of PCOS is complex and variable and can manifest itself through a spectrum of symptoms, including infertility, amenorrhoea, multiple ovarian cysts, acne, hirsutism and obesity.

Conventional treatment for PCOS includes oral contraceptives as a means to reduce testosterone, and metformin to regulate insulin levels. These treatments, which may manage some symptoms, do not address the underlying causes of PCOS and are not without their risks.

A number of medicinal herbs offer safe and effective therapeutic options with the capacity to address the broad pathophysiology associated with PCOS, including altered ovarian function, endocrine feedback loops and metabolic derangement. Traditional herbs such as liquorice, peony, cinnamon and dong quai have been recommended for generations and are now being subject to promising clinical trials.

In this infographic we explore the many contributing factors of PCOS and the use of herbal support to manage the condition.