“People just don’t understand”, Sally* told me in one of our consultations. “I am worried and depressed if I am not getting pregnant, but then scared to death when I do become pregnant”.

It was early on in my career dealing with fertility issues when I had the pleasure of meeting Sally*. She came to me after having had 9 miscarriages over a 3.5 year period. She had been to doctor after doctor and visited many acupuncturists and naturopaths, but each time she became pregnant and miscarried she moved on. “No one could give me any answers”, she said. Her feelings of depression and loss of control are common among women dealing with the repetitive loss of pregnancies.[1]

The fact is, pregnancy loss is experienced at a relatively high rate. It is estimated that only around 25% of fertilised ova in humans will result in a live birth;[2] but recurrent miscarriage or recurrent pregnancy loss (RPL), usually defined as three or more pregnancy losses at less than 20 weeks duration, is much less common, affecting 1% of couples.[3]

While each person must be evaluated individually to assess the particular factors that could be contributing to recurrent miscarriage, there are some factors that are often associated with  RPL. One such factor the practitioner must consider is autoimmunity.

Studies over the years have reported the presence of autoantibodies in women presenting with  RPL, but there is still much disagreement about the relevance of these findings. Nonetheless, when a patient is presenting with an autoimmune issue alongside recurrent miscarriage, the potential underlying causes of the autoimmune issue should be investigated to improve the patients’ potential for carrying a viable pregnancy to term. 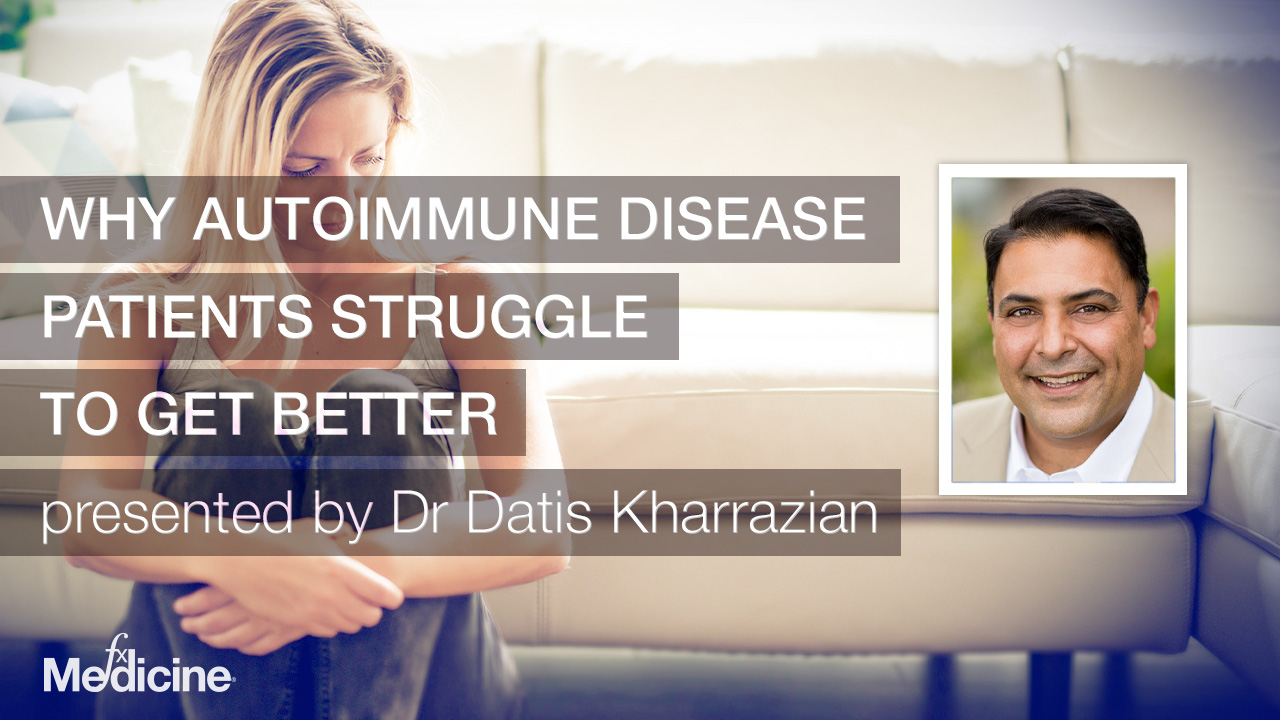 One example of this research shows that anti-phospholipid antibodies (aPL) have been clearly associated with  RPL.[4] There is speculation that aPL could be contributing to RPL based on their impact on both the placenta and embryonic implantation.

aPL Have been correlated with reduced Annexin V production in the placenta. Annexin V is a potent anticoagulant, and aPL have been shown to compete with Annexin V in coagulation assays.[4] If the presence of aPL is inhibiting anticoagulation the incidence of blood clots in the placenta could increase, potentially decreasing or cutting off blood supply to the developing foetus.

Another potential mechanism for the role of aPL is not associated with thrombotic mechanisms, but instead with its potential interference with the implantation of the embryo. One study in mice has shown that aPL effects embryonic implantation. This is likely due to its impact and interaction with the trophectoderm cells, the outermost layer of cells from which the trophoblast differentiates, and where the embryo begins to establish means of receiving nutrition.[5]

In addition to the aPL, other autoantibodies have been associated with recurrent miscarriage. Two types which are seen relatively often in the clinic are the antibodies related to coeliac disease (CD) and elevated thyroid antibodies.

Some women with CD experience recurrent miscarriage.[6] The underlying genetic factors that vary in individuals with CD will likely reveal a more complete picture to explain why some women with CD are more likely to experience miscarriage. At this time, while research on genomics is in its infancy, it is important to consider CD as a potential issue for any woman with RPL. The antibodies related with CD include antigliadin type IgA and IgG, and IgA anti-transglutaminase antibodies. Studies show women experiencing  RPL who do have elevated anti-gliadin and anti-transglutaminase antibodies can go on to create a viable pregnancy when gluten is removed from their diet.[6]

One such patient presented to my clinic with 3 previous miscarriages; upon investigation we found suboptimal thyroid hormone output that accompanied slight elevation of anti-gliadin and anti-translutaminase antibodies. She had been instructed by another practitioner “not to worry” about the levels because they were only slightly elevated; however, since this advice had not led her to complete a viable pregnancy, we decided to remove gluten. Thyroid function improved significantly, and while on a supportive protocol of herbs and supplementation to support optimal gut health, the patient was able to create a viable pregnancy. The mechanism by which CD affects reproduction in some women is unknown, but there is a clear correlation between CD and less than optimal thyroid function.

Optimal maternal thyroid function is imperative for the survival of the embryo and foetus. Two pregnancy hormones, human chorionic gonadotropin (HCG) and oestrogen, are known to elevate in pregnancy. HCG is similar to thyroid stimulating hormone (TSH) in its ability to stimulate the thyroid to produce more thyroid hormone; increased oestrogen causes levels of increased thyroid binding globulin (TBG), a protein that transports thyroid hormone around the body by the blood.

The hormones that the thyroid produces are critical to the development of the baby’s brain and nervous system. Thyroid disease, both associated with autoimmune disorder and subclinical hypothyroidism, are associated with early embryo loss.[7] When thyroid antibodies, such as thyroid peroxidase antibodies (TPO) and thyroglobulin antibodies (TgAb), are elevated pre-pregnancy, along with the tendency for these antibodies to rise during pregnancy, the impact on thyroid function may be a reason for recurrent miscarriage in some women.[7]

It is important to note that other blood tests for thyroid function, such as TSH, free T4 and T3, may be normal, yet the thyroid antibodies can still be elevated; it is vital to assess thyroid antibody levels in patients experiencing  RPL despite normal levels of TSH.[7]

After 9 miscarriages, Sally* had only had her TSH levels checked to assess her thyroid health, and no thyroid test was ever done once she was pregnant. Her TSH levels were always between 2.5 and 3.8μIU/mL. This is considered normal by most physicians, despite research showing that levels of TSH > 2.5μIU/mL in the first trimester nearly doubles the risk for pregnancy loss.[8] Due to her history of  RPL, her thyroid antibodies were then tested upon referral to her GP. Both TPO and TgAb were found to be elevated, with TPO being greater than TgAb.

Sally* appeared to be sensitive to both dairy and gluten, based on her complaints of increased bloating and flatulence after eating gluten- and dairy-containing foods. She had tested negative to the presence of anti-gliadin antibodies and anti-transglutaminase antibodies.

Sally* was taking folic acid at 500mcg when she first presented at the clinic, but no broad spectrum prenatal vitamin.

After removing potential food sensitivities, adding a broad spectrum supplementation program, containing selenium at 100mcg, 30mg of zinc and 270mcg of iodine, plus 2 grams of myo-inositol over a 3 month period, her TgAb returned to within normal limits and thyroid peroxidase remained only slightly out of normal range. Sally* conceived in the fourth month on the program, which also included herbal adaptogens for adrenal support to decrease overall stress on the system, probiotics to optimise gut microbiota and fish oil to support the health of cellular membranes. She went on to have 3 children with one miscarriage in between her first and second child.

Clearly, based on the research supporting a connection to autoimmunity and recurrent miscarriage, as well as clinical outcomes once autoimmunity is addressed, it would seem that assessing autoimmunity in patients with  RPL, and addressing the potential underlying causes related to an autoimmune issue, is an essential element in creating a plan to help women go on to create a viable pregnancy.

Stacey Roberts
Stacey is a former physiotherapist turned naturopath who has been involved in healthcare since 1989, in both conventional and complementary medicine. Stacey is an international speaker, and best selling author. She has authored and co authored over seven books, including the international bestseller The Fertility Bible. She has been featured on World News Now in New York, A Current Affair, Oprah, filmed by the Discovery Channel , Sunrise in Sydney, and WIN TV among other radio and television shows in the US and Australia.