With the meteoric rise in popularity of complementary and integrative medicine we would like to recognise those who have shaped the landscape of our industry.

Dr Lise Alschuler is a naturopath who can be described as a true visionary, having developed an approach to integrative medicine that is practical, evidence based and inspiring. She received her doctorate in naturopathic medicine from Bastyr University in 1994 and is widely recognised internationally as an expert in integrative oncology and cancer prevention.

In 2008, Dr Alschuler was diagnosed with breast cancer. She adopted a therapeutic perspective that successfully integrated specific dietary and lifestyle changes throughout her conventional treatment. After fully recovering from her treatments Dr Alschuler became dedicated to an integrative approach for the prevention and recurrence of cancer.

Dr Alschuler incorporated the learnings of her own experience with cancer into her work to become a leading authority not just in integrative oncology, but as a pioneer who has developed a successful model for integrative medicine for the future.

As a world renowned cardiologist, Dr Mark Houston’s most remarkable contribution may well be his outstanding systems biology approach to cardiovascular disease, dyslipidaemia and hypertension. With an exhaustive knowledge of human nutrition and metabolic medicine, Dr Houston has successfully pointed the way for the integrative and cardiovascular medicine of the future. Dr Houston’s research has allowed him to develop a functional approach that addresses the underlying causes of cardiovascular disease, identifying inflammation, oxidative stress and autoimmune dysfunction as the principal factors.

Dr Houston’s clinical success, as well as his ability to convey his unconventional findings, has seen him selected as one of the Top Physicians in Hypertension in the US in 2008-2011 by the Consumer Research Council, and by USA Today twice in 2009 as one of the Most Influential Doctors in the US in both Hypertension and Hyperlipidemia. He was selected for The Patient’s Choice Award in 2010-2011 by Consumer Reports USA.

Dr David Perlmutter is an American neurologist, author and scholar. He is most known for advocating a functional and wholistic approach toward treating brain disorders. He has contributed extensively to the world medical literature with publications appearing in The Journal of Neurosurgery, The Southern Medical Journal, Journal of Applied Nutrition and Archives of Neurology. He is the author of many books, including: The Better Brain Book, Raise a Smarter Child By Kindergarten, Power Up Your Brain: The Neuroscience of Enlightenment, the #1 New York Times Bestseller Grain Brain – The Surprising Truth About Wheat, Carbs, and Sugar – Your Brain’s Silent Killers, New York Times Bestseller The Grain Brain Cookbook, and New York Times Bestseller Brain Maker: The Power of Gut Microbes to Heal and Protect Your Brain – For Life, and is recognised internationally as a leader in the field of nutritional influences in neurological disorders.

In 2002, Dr Perlmutter was the recipient of the Linus Pauling Award for his innovative approaches to neurological disorders and the Denham Harman Award for his pioneering work in free radical science and its application on clinical medicine. In 2006, Dr. Perlmutter was the recipient of the National Nutritional Foods Association Clinician of the Year Award and in 2010 was awarded the Humanitarian of the Year award from the American College of Nutrition. Dr Perlmutter is a frequent lecturer at symposia sponsored by such medical institutions as Harvard University, the University of Arizona, Scripps Institute, New York University and Columbia University.

Dr Jeffrey Bland has been an internationally recognised leader in the nutritional medicine field for over 25 years. A nutritional biochemist and registered clinical laboratory director, Dr Bland is a former professor of biochemistry at the University of Puget Sound and a previous Director of Nutritional Research at the Linus Pauling Institute of Science and Medicine.

Known to many as the “father of functional medicine” he has authored several books about nutritional medicine and is the principal author of over 120 peer-reviewed research papers on nutritional biochemistry and medicine.

Throughout his long career, Dr Bland has created both a cohesive model outlining the reasons why we suffer chronic diseases and a range of science-based solutions that can alleviate these conditions, offering a roadmap for a lifetime of wellness. 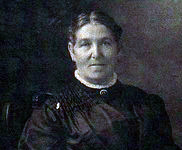 Margaret Grieve was the Principal and Founder of The Whins Medicinal and Commercial Herb School and Farm at Chalfont St Peter in Buckinghamshire, England. As a Fellow of the Royal Horticultural Society and, with an encyclopaedic knowledge of medicinal plants, she provided tuition in all branches of herb growing, collecting, drying and marketing. During WWI as supplies of conventional medicines dwindled, Mrs Grieve wrote and produced numerous pamphlets explaining the use of specific herbs as remedies against common illness thus greatly aiding the war effort.

It is through her much celebrated 1931 publication, A Modern Herbal that Margaret Grieve is perhaps best known today. This timeless book has been recognised to this day as one of the best resources for information on medicinal herbs and plants. A Modern Herbal is a veritable tome and contains extensive information on the therapeutic, culinary, cosmetic and economic properties of herbal medicines.

Margaret Grieve has been credited with re-establishing herbal medicines into Britain during the early 1900s and today her work continues to inspire herbalists and natural therapists across the world. 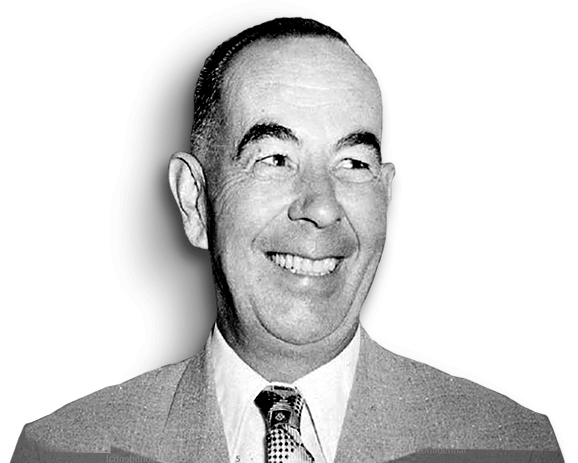 In the 1930s Maurice Blackmore established the Blackmores business which has been an industry leader in Australia for more than 80 years. Thanks to the pioneering vision and passion of a man whose belief in the health-giving properties of herbs and minerals was way ahead of his time, Maurice Blackmore successfully created a company that is today a world leader in natural health.

Dr Joseph Pizzorno is one of the world's leading authorities on science-based natural/integrative medicine, science-based natural medicine, a term he coined in 1978. A naturopathic physician, educator, researcher and expert spokesman, Dr Pizzorno is founding president of Bastyr University. Under his leadership, Bastyr became the first fully accredited, multidisciplinary university of natural medicine and the first NIH-funded centre for alternative medicine research.

Dr Linus Pauling was a molecular biologist and double-Nobel laureate who pioneered the discipline of orthomolecular medicine. Through his research, Dr Pauling was dedicated to the practice of preventing and treating disease by providing the body with optimal amounts of substances which are natural to the body. His aims were to restore the optimum environment of the body by correcting imbalances or deficiencies based on individual biochemistry using nutrients such as vitamins, minerals, amino acids, trace elements and fatty acids.

The key idea in orthomolecular medicine is that genetic factors affect not only the physical characteristics of individuals, but also to their biochemical milieu. Biochemical pathways of the body have significant genetic variability and diseases such as atherosclerosis, cancer, schizophrenia or depression are associated with specific biochemical abnormalities which are causal or contributing factors of the illness.

Dr Pauling’s writings on orthomolecular medicine succeeded in putting the medical establishment on notice and despite the controversy and ridicule that erupted, this opened the way for nutrition to become a primary part of modern medicine.

More about Dr Pauling and the Linus Pauling Institute

Benedict Lust was a pioneer in what has come to be called Classical Naturopathy. He was an instrumental force in the development of wholistic methods. Born in Baden, Germany, as a youth Lust overcame tuberculosis through natural treatments. He journeyed to New York City in 1896 to develop and practice a system of healing methods that included dietetics, herbs, massage, electrotherapy, sun baths and other elements of the German nature cure tradition.

By 1901, Lust had decided upon a name for his broad amalgam of therapies known as naturopathy. That year he opened the American School of Naturopathy in New York City, the first naturopathic medical school in the world. He went on to establish health resorts known as Yungborn in Butler, New Jersey and Tangerine, Florida which acted as the Winter Campus for the American School of Naturopathy until 2001.

He became known as the "Father of Naturopathy" in America, and his writings and magazines introduced Americans not only to German methods, but also Indian concepts of Ayurveda and Yoga.

Naturopathy enjoys a long history and Hippocrates is considered the father of natural medicine. Hippocrates style of medicine was based on “the healing power of nature”. He believed in rest, good diet, cleanliness and fresh air and he was reluctant  to administer drugs. The other similarity associated with Hippocrates and modern Naturopathy is that he believed the human body should be treated as “whole” and not as a sum of it’s parts. Today, Naturopathy has the benefit of modern medical testing and the evolution of knowledge regarding the human body’s biochemical functions. However, it still prides itself on treating wholistically and firmly believing in the healing power of nature within the human body.

Danny Urbinder has worked in the health industry for over 20 years. A qualified Naturopath who graduated from the Southern School of Natural Medicine, Danny was a lecturer in Nutritional Biochemistry at the Australian College of Natural Medicine for many years. He also worked for several years in functional pathology with ARL as their Technical Service Manager. Today, he is the Head of Education of one of Australia's leading nutraceutical companies.

Be Inspired by One of the Best in the Industry: Emma Sutherland and Leah Hechtman
Dec 30, 2021    Podcast