Sepsis kills around five thousand Australians per annum and there's a growing body of evidence suggesting that early intervention with IV Vitamin C could save lives.

Andrew: I've just been reading about how sepsis kills around about 5,000 Australians each year, particularly the elderly and particularly those who have got poor circulation.

Now, hundreds of thousands of dollars are spent on treating sepsis, and indeed, often with disastrous results because it's poorly identified and identified late. There are a couple of things that have come out of this that I've been reading about.

The first one is this; In elderly patients that present with a UTI, treat early. Don't wait. And I would say in this instance it's responsible to treat with antibiotics. You've got to get it under control, quickly, because it's one of the major causes of sepsis and sepsis gallops along. So that's the first point.

Second point. Vitamin C given intravenously, and this is key, has been shown that it could save lives. The effects of smaller trials and anecdotal uses has been so powerful that indeed some doctors, some hospitals just aren't waiting. They're just using it. They're not waiting for the evidence. This website that I first came across, it was some time ago, it was PulmCCM 2017, and it was saying that the doctors just weren't waiting. They mentioned that it's important to note about the dosing. So, while the sepsis patients are deficient in vitamin C, one would ostensibly think repletion doses might be adequate. But what's been shown is that pharmacological doses have the effect, and in an IV route of administration as well. And that's key.

How vitamin C works is because ascorbic acid helps to maintain the endothelial lining of the gut, the glycocalyx. But it's also a co-factor required for hormones that save your life from shock, the catecholamines, the cortisol, that sort of thing.

Now, another point that's interesting to me is that now we're finding the interest is so great that researchers at the University of Otago are going to formalise this research, and in particular, Associate Professor Anitra Carr, has been talking about how they're going to research vitamin C for this use.

Now we're going to be putting up all the relevant links on the fxmedicine.com.au website, including some very important dosage information. And I just think that this is a great point to learn from, because not only does it give an extra armament to save lives, but it's also really interesting about the furthering the evidence of natural compounds like vitamin C. 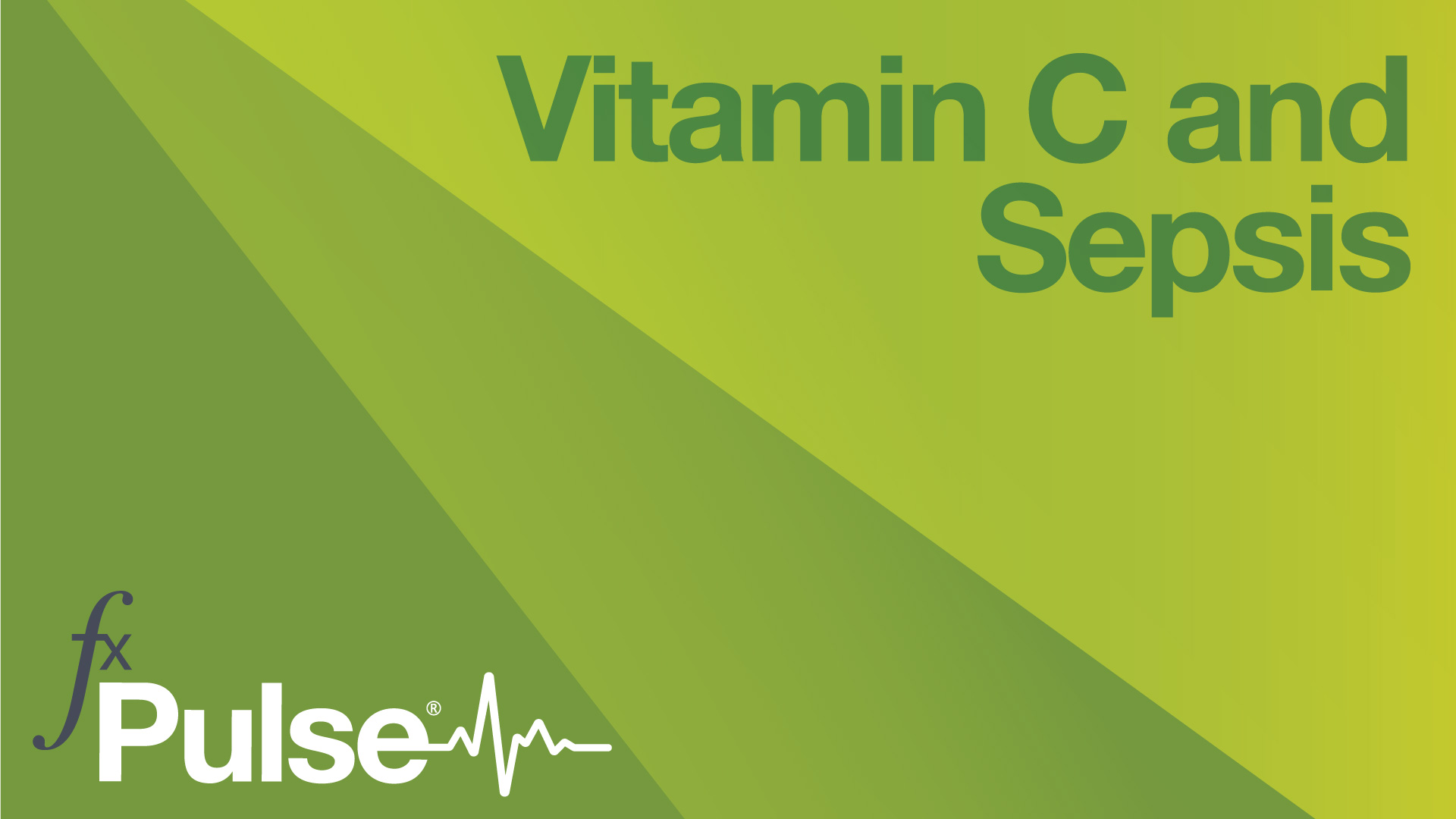 FX Pulse
News, research and updates in the world of functional and integrative medicine.

Endometriosis Research: Where Do We Stand? with Dr Mike Armour
Jun 3, 2021    Podcast