The role of bacteria within the human body is increasingly being shown to have a diverse range of effects on health and disease. A relatively new microbiome concept, within the body, is that of the estrobolome. This is the congregation of bacterial genetic enzyme expression, which influences oestrogen kinetics[1] and is responsible for metabolising oestrogen.

Factors like genetics, liver metabolism efficacy, monthly fluctuation of hormones, health status, exogenous impacts such as diet, chemical exposure and pharmaceuticals can all change how oestrogen is metabolised and excreted and thus influence circulating oestrogen levels. Gastrointestinal (GI) microbes have been identified that influence both risk and protection from oestrogen-associated disease states. This knowledge makes microbiome composition an important consideration in oestrogen-related health status.

GI microbes have been identified that are capable of metabolising phytoestrogens such as isoflavones and lignans, converting them into protective metabolites with possible benefit in breast cancer. These include Coriobacteriaceae, such as Eggerthella lenta (lignin metabolism), and Slackia and Adlercreutzia genera which are equol producers.[2,3] This knowledge supports the concept of eubiosis (healthy living) aligning with disease protection.

The metabolism and clearance of circulating oestrogen, via hepatic conjugation pathways sulphonation and glucuronidation, results in conjugated molecules that are biliary excreted. Delivery via bile into the small intestine results in fibre binding in the intestine and subsequent exit via the rectum or reabsorption and entrance back into circulation (entero hepatic recycle). Oestrogen-associated disease risk is linked to GI-based deconjugation and subsequent reabsorption of previously metabolised oestrogens. Prior to reabsorption, conjugated oestrogens are deconjugated via bacterial species possessing ß-glucuronidase and ß-glucosidase functionality. The expression of these two key deconjugation enzymes have been found to be linked to GI microbial diversity. 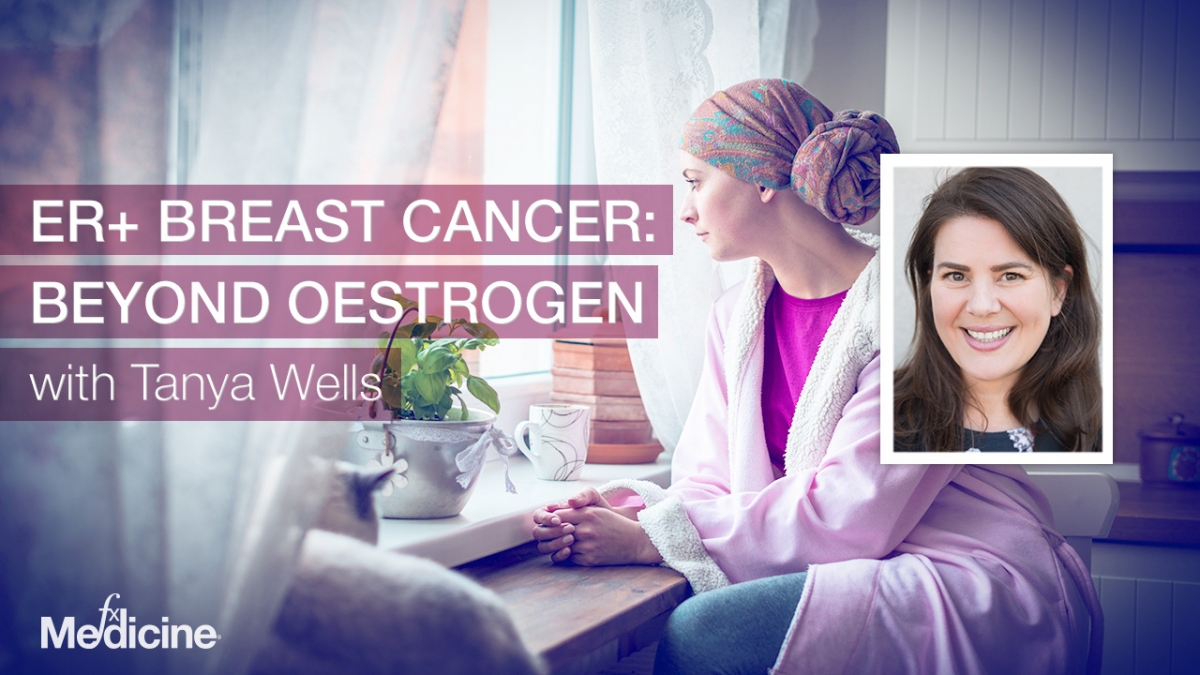 In 2016, a review article examined the relationship between the intestinal microbiome and oestrogen receptor positive (ER+) female breast cancer.[1] Increased understanding of the role of bacterial influences on oestrogen supports the GI microbiome impact on circulating free oestrogen status. Within the review, dysbiosis was identified as being associated with ER+ disease status. Testing of the microbiomes of postmenopausal women pre-treatment for ER+ breast cancer showed a less diverse faecal microbiome compared to the control subjects. Linking correlation between the intestinal microbiome and the risk of ER+ breast cancer with higher circulating level of unbound (deconjugated) oestrogens.[1]
In a clinical setting, there are already known parameters that can be manipulated to influence oestrogen pharmacokinetics such as GI clearance, liver pathway substrates and cofactors. The direct manipulation of the GI microbiome is also a viable option to change oestrogen status.

A 2008 randomised crossover study looked at a variety of prebiotic and probiotic interventions and their effect on ß-glucuronidase activity in 53 health volunteers. Consumption of the prebiotics lactulose and oligofructose-enriched inulin was shown to decrease ß-glucuronidase activity, as was consumption of Lactobacillus casei Shirota and Bifidobacterium breve.[5] Both prebiotic and probiotic supplementation are known practices associated with increasing microbial diversity.

The ability to impact oestrogen levels by addressing the GI microbiome and its associated estrobolome opens further pathways of treatment and intervention for practitioners.

Moira Bradfield-Strydom
Moira is a naturopath and acupuncturist who has been in clinical practice for 16 years. Graduating with a Bachelor of Naturopathy from Southern Cross University in 2001, Moira has worked in a variety of settings with a wide range of health conditions and disease states. She blends naturopathic medicine with Oriental modalities including acupuncture. Moira has a specialised interest in Holistic Medical Ophthalmology, working in an integrative service offering acupuncture and naturopathic medicine for people suffering from Degenerative eye disorders. Moira has lectured both overseas and in Australia in Nutrition, Pharmacology and Pathology and is currently a Senior Lecturer of Nutrition at The Endeavour College of Natural Health, Gold Coast.

Breaking Down the Estrobolome with Moira Bradfield
Mar 31, 2021    Podcast