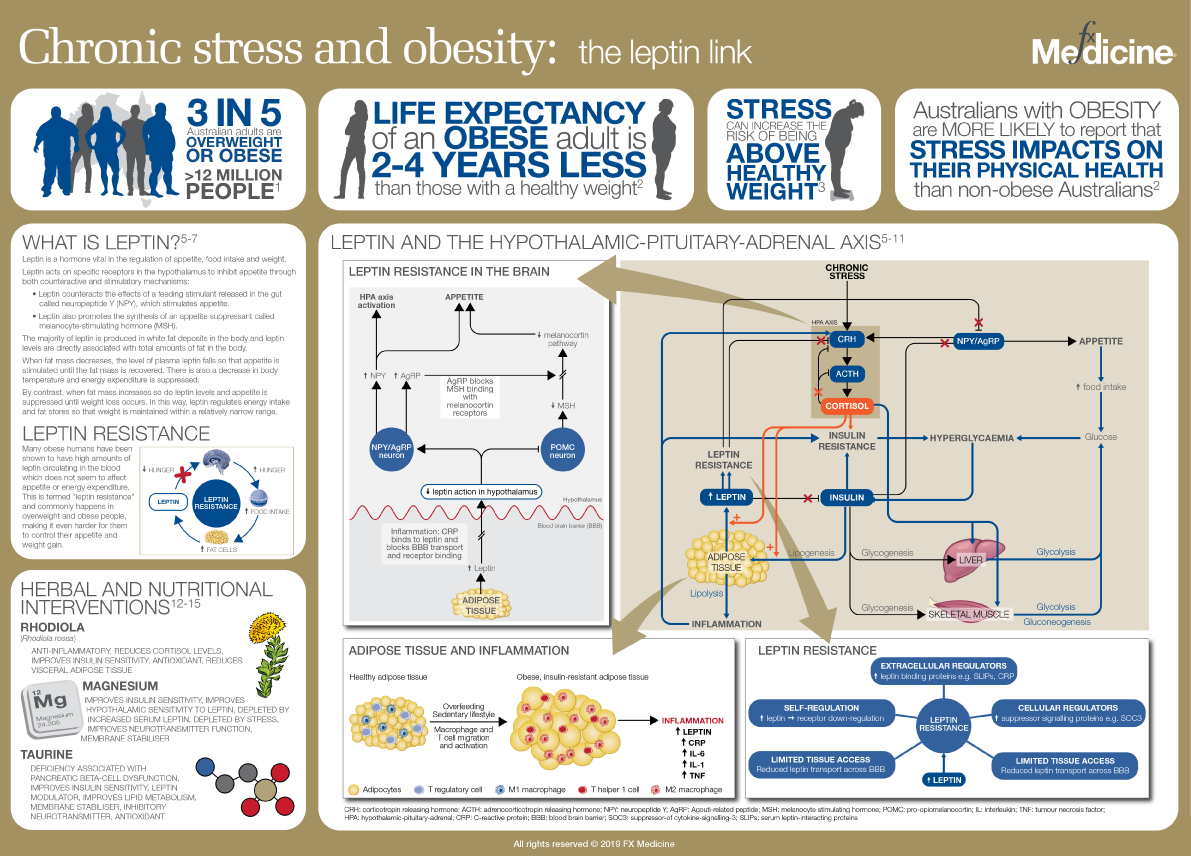 It is easy to presume that adipocytes are just storage units for excess calories in the form of fat. In fact our fat cells are sophisticated endocrine organs responsible for regulating our metabolism and energy homeostasis. One of the key hormones produced by adipocytes is leptin. This polypeptide binds to leptin receptors in the hypothalamus to decrease appetite and increase metabolic rate. Leptin is your body’s way of letting you know you have eaten enough and to stop producing insulin. In the case of obesity, leptin production increases as adipocytes fill with triglyceride. However, rather than further reducing appetite, leptin receptors eventually become desensitised and become leptin resistant. The consequence of this common scenario is a propensity to overeat with a corresponding slowing of metabolism.

Various studies have demonstrated the beneficial effect of Rhodioloa rosea on the stress response, anxiety and cortisol levels. As a true adaptogen, rhodiola has also been shown to inhibit stress-activated inflammatory protein kinases, nitric oxide, leukotriene B4 and C-reactive protein (CRP). Under inflammatory conditions CRP binds to leptin preventing it from crossing the blood-brain barrier to reach receptors in the hypothalamus. High leptin levels with corresponding leptin resistance is commonly associated with low magnesium.

In this infographic we take a close look at the role of leptin, its relationship with cortisol and insulin and the nutritional influences that have been shown to improve its function.