When people hear the word epilepsy, they may immediately think of a person having a seizure, but what is the actual definition of epilepsy? Epilepsy comes from the greek word epilepsia meaning to ‘take hold’ or ‘to seize’.[1]

The Epilepsy Foundation states that epilepsy is a “disease characterised by an enduring predisposition to generate epileptic seizures and by the neurobiological, cognitive, psychological and social consequences of this condition.” Therefore, a seizure is an event and epilepsy is the disease.[2]

You may wonder what food has to do with epilepsy and, interestingly, as far back as the fifth century, Hippocrates wrote about using fasting as a way of managing epilepsy. So the idea of mimicking fasting to reduce seizures is not a new one.[3]

What influence may someone’s diet have on epilepsy?

It has been hypothesised that seizures may be associated with allergy.[4] Further research is warranted, however if other signs and symptoms of allergies or intolerances are present, such as headaches and abdominal pain, then the suspected food should be removed. This would be best undertaken with a qualified healthcare practitioner.

A small but effective study demonstrated that children with epilepsy displayed a “significantly higher incidence” of allergy to cow’s milk than controls, with Prick tests for cow’s milk protein also showing a higher rate of positive results in the paediatric epileptic patients.[5]

An option for parents is to remove dairy and see if there is a reduction in overall seizures, replacing with dairy alternatives such as coconut, oat and rice milk. Ghee could also be an option as it does not contain the protein portion of dairy.

The prevalence of coeliac disease has been found to be higher in patients with epilepsy than in controls.[4]

The evidence for removing artificial flavouring and sweeteners such as aspartame and monosodium glutamate (MSG) has had varying results, with some researchers suggesting that the reason the evidence has variations (in the case of aspartame specifically) is the fact that when the manufacturer of the ingredient funds the research, the research is more favourable for the ingredient safety.[6] The take-home message for aspartame consumption is, those who are vulnerable such as those who experience seizures, should be more cautious of their usage of aspartame. Further from this, there needs to be long term clinical trials on humans rather than animal studies.[6]

MSG has been shown to increase oxidative stress in the brains of rats  and a rise in plasma glutamate,[7,8] and therefore caution should be used in the indiscriminate usage of MSG.

What other proven dietary changes can you make for epilepsy?

Ketosis is an important concept for those with refractory epilepsy with diet therapy from a ketogenic diet (KD) or modified Atkins diet (MAD) consistently showing “efficacy of greater than 50% seizure reduction in 30-50% of patients sustained over long term follow-up”.[10]

The KD mimics the body’s response to fasting; in the absence of an adequate carbohydrate source, the body utilises fat as a primary energy source.[11]

There are multiple hypothesised mechanisms of action for how ketosis benefits the brain including the acidification ketone bodies exert on the nervous system. These ketones help to “normalise nerve conductivity, irritability and membrane permeability”. Another possibility is that ketones augment ATP production by utilising ketone bodies in place of glucose.[1]

The classic KD is defined as limiting carbohydrate and protein intake to no more than 10% of the diet, with fat taking up 90%.[1] This is an intensive diet which is strictly monitored by health professionals. The main side effects of a KD are constipation and lethargy.[12]

An alternative to the KD is a MAD, which does not overly restrict protein intake and makes it a more manageable long-term option for patients.

Another option is to utilise medium chain triglycerides (MCTs) as the source of fat. Due to the fact that MCTs are more easily converted in to ketones in the body than long chain triglycerides (LCTs), patients may experience the benefits of ketosis more quickly. Plus the inclusion of the MCTs allows for enhanced palatability of the diet with the composition of the diet changing to a higher content of protein and carbohydrates.[12]

MCTs could be an inclusion in both the KD and the MAD. It is a clear, odourless liquid that can be easily added to foods.

With a growing interest in the gut-brain connection, it’s not a surprise that people are looking at the diet as part of epilepsy treatment. With diagnosis of epilepsy, it should be encouraged to test for known allergens such as dairy and gluten, particularly if there are other signs and symptoms of an allergy or intolerance present.

The evidence is strong for following a KD for those patients with drug-resistant epilepsy. Unfortunately, long-term compliance can be an issue, so the MAD and use of MCTs may offer a manageable solution.

Find Sonya on the FX Medicine Podcast talking about Epilepsy 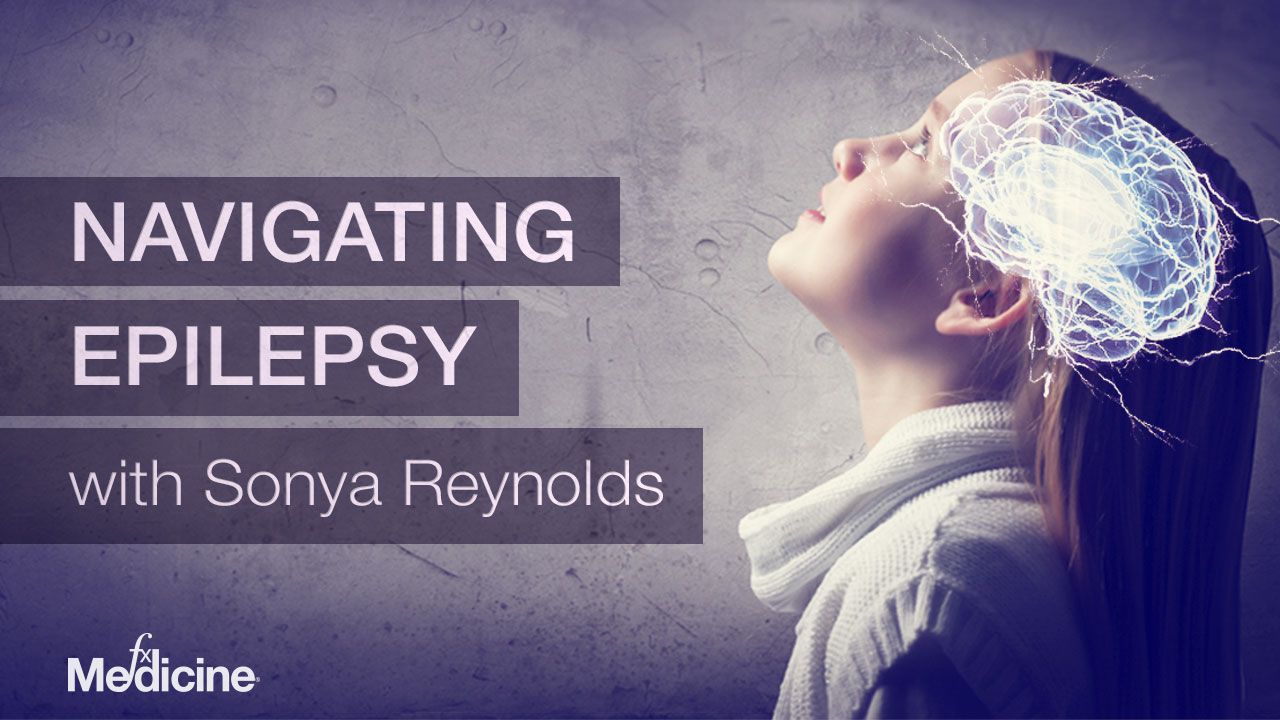 Sonya is a passionate and down to earth Nutritionist and Life Coach with over 14 years industry experience. During this time in the natural health industry Sonya has held numerous roles including training, presenting and writing for both the general public and Practitioners.

Sonya practices from Studio You (www.studio-you.com.au) a busy multi-modality clinic in Sydney’s Birchgrove which was named ATMS Clinic of the year 2019.

She is also loves working with Paediatric patients with digestive complaints, most specifically with finding the underlying causes of constipation.

As a parent of a child with additional needs Sonya is passionate about helping these families live their best lives by using food, vitamins and minerals as therapy.