SAMe exists biologically as a combination of two forms: (R)- SAMe and (S)- SAMe. Only the (S)- form is a listable component with the Therapeutic Goods Association (TGA) in Australia.

SAMe is produced from adenosine triphosphate (ATP) and methionine. It is found in every cell of the body and involved in more than 100 reactions. The highest concentrations are contained in the liver, adrenal glands and pineal gland. Both folate and vitamin B12 are required for the synthesis of SAMe in the body.[1-3]

SAMe is integral to cellular metabolism and as the major methyl donor in the body. SAMe is involved in the methylation of a diverse range of compounds including phospholipids, DNA, RNA, proteins and neurotransmitters. It is also involved in two other important pathways – transsulfuration which produces glutathione, and aminopropylation which synthesises polyamines.[2]

These pathways – methylation, transsulfuration and aminopropylation – require a steady source of SAMe.[2] 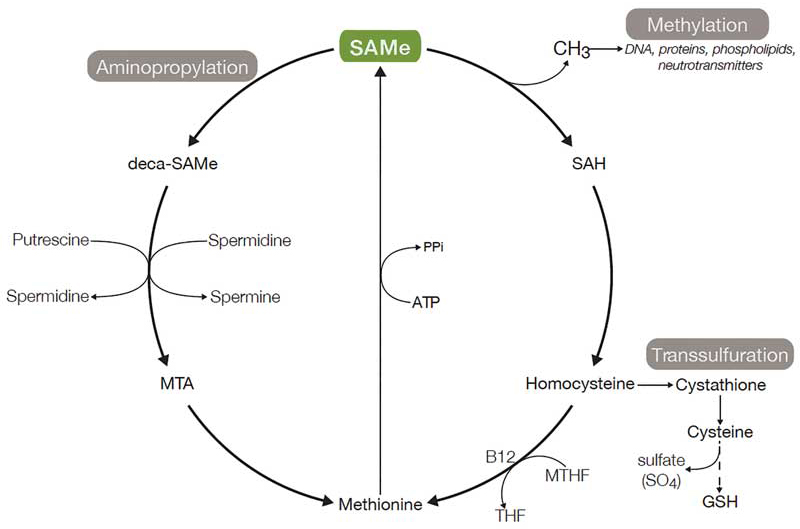 Figure 1. SAMe synthesised from methionine in the one-carbon metabolism cycle.[4]
This cycle is dependent on folate and vitamin B12 and involves the remethylation of homocysteine to methionine, which is in turn synthesised into SAMe.

The transsulfuration pathway produces glutathione, a major cellular antioxidant. The partitioning of homocysteine between the transsulfuration and methylation pathways is regulated by the tissue concentrations of substrates and metabolites. When methionine is needed, homocysteine is remethylated by methyltetrahydrofolate (MTHF), but when methionine is in excess, catabolism of homocysteine via cystathionine beta-synthetase is accelerated.

Aminopropylation synthesises polyamines. This pathway conserves methionine and ensures rapid removal of methylthioadenosine, which is a potent inhibitor of S-adenosylhomocysteine hydrolase.[2]

The polyamines spermidine and spermine are involved in the control of cell growth and have analgesic and anti-inflammatory properties.[2] 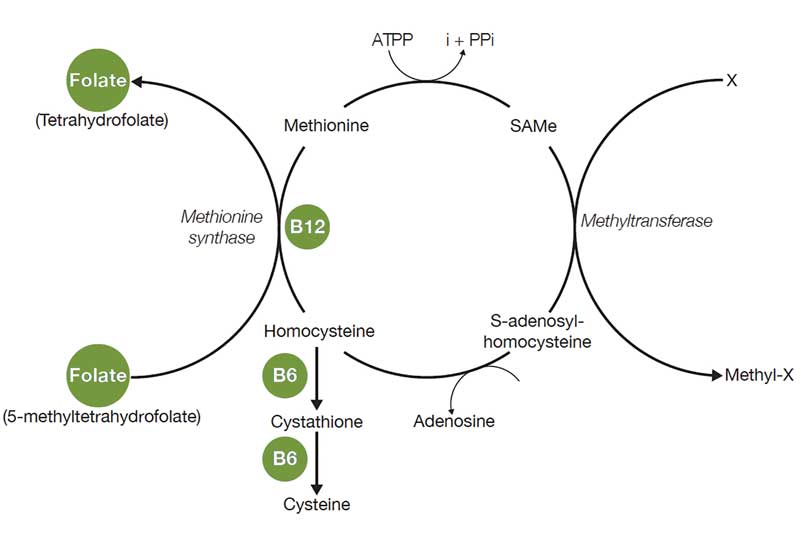 Figure 2. Homocysteine metabolism pathway and the synthesis of SAMe[5]

SAMe has been prescribed as an antidepressant since the 1970s, and since then numerous clinical trials have confirmed its efficacy in treating depressive disorders.[2,3,6-8] The exact mechanism behind SAMe’s antidepressant effect is yet to be confirmed, but current research suggests that it may be due to a stimulatory effect on monoamine neurotransmitter metabolism, monoamine turnover, or both.[2]

Low serum and cerebrospinal fluid (CSF) levels of SAMe are a common finding in depressed patients. Supplementation with SAMe in human and animal studies have resulted in increased serum and CSF SAMe levels, increased brain concentrations of serotonin and noradrenaline and increased 5-hydroxyindole acetic acid (a marker for serotonergic activity).[2]

The liver is the major site of SAMe synthesis and degradation, and is vital for maintaining SAMe homeostasis. SAMe regulates hepatocyte growth, differentiation and death, and is involved in the synthesis of glutathione via the transsulfuration pathway.[10]

Up to 80% of methionine in the liver is converted to SAMe, where it is essential for glutathione production for antioxidant activity and reducing free radical toxicity generated by toxins including alcohol.[2]

Early clinical trials utilising SAMe for depression noted that patients receiving SAMe experienced marked relief from their osteoarthritic symptoms, and since, trials involving more than 22,000 participants have confirmed the therapeutic activity of SAMe against osteoarthritis.[2,12]

Experimental studies suggest that SAMe may reduce the symptoms of osteoarthritis by reducing inflammation and increasing chondrocyte proteoglycan synthesis.[2,13] SAMe may also reduce osteoarthritic pain by acting as an analgesic agent and may protect proteoglycans from damage caused by proteolytic and glycotic enzymes.[2]

Background: To determine the efficacy of SAMe as an adjunctive treatment for antidepressant non-responders.

Intervention: 400mg SAMe twice daily (800mg) for 2 weeks, then increased to 800mg twice daily (1600mg) for an additional 4 weeks. Patients continued to take their prescribed antidepressant during the course of the trial.

Results: Individuals receiving SAMe had a statistically significant greater response rate than those receiving placebo (46.1% vs 17.6%). Remission rates in the SAMe group were also higher compared with placebo (35.8% vs 11.7%). SAMe is an effective, well tolerated and safe adjunctive treatment strategy for SRI non-responders with major depressive disorder.

Background: To evaluate the efficacy and tolerability of SAMe versus an NSAID (nabumetone) in the treatment of knee osteoarthritis.

Intervention: After a washout period of 2 weeks, patients received either SAMe 400mg three time a day (1200mg/day) or nabumetone 1000mg once per day for a total of 8 weeks.

Results: Both SAMe and nabumetone effectively reduced pain intensity, with a significant improvement from baseline. The degree of pain reduction between the two groups was similar, as was the use of rescue medication and adverse events. The patient’s global assessment of disease status, physician’s global assessment of response to therapy, and WOMAC index scores were also similar between the two groups. Eight weeks of treatment with SAMe or nabumetone resulted in a similar reduction in pain intensity for patients with knee osteoarthritis.

Background: To investigate the effects of SAMe supplementation on the symptoms of primary fibromyalgia.

Absorption of SAMe is better via the duodenum than orally. Therefore it is best that SAMe is enteric-coated in order to reach the small intestine.[2]