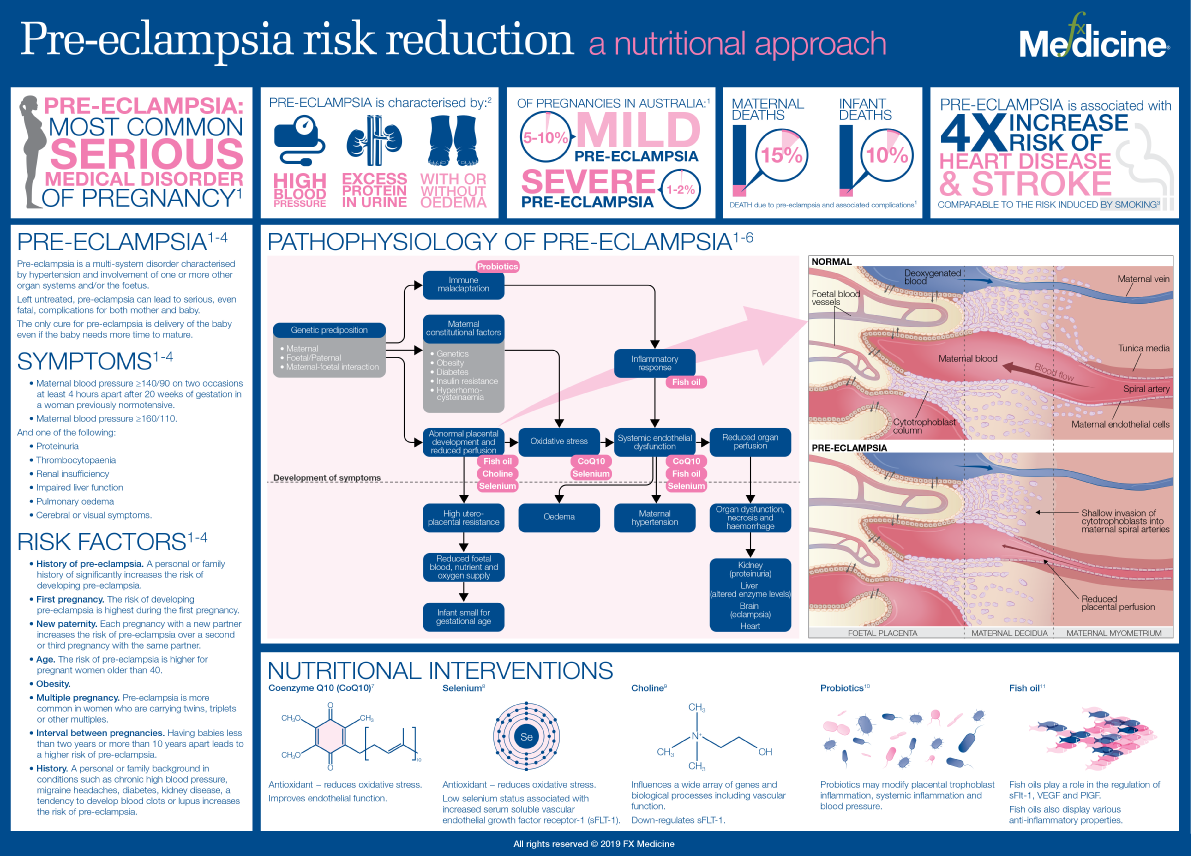 Pre-eclampsia is a serious and common pregnancy-induced condition which can occur in the second half of pregnancy. Symptoms typically include high blood pressure, sudden swelling, leakage of protein into the urine and rapid weight gain due to fluid retention.

Although the exact cause of pre-eclampsia remains unknown, it is thought to begin with improperly developed placental blood vessels. There is also compelling evidence that in many cases pre-eclampsia has a genetic basis. Other possible contributing factors for pre-eclampsia include endothelial dysfunction, inflammatory activation and oxidative stress.

Recently, the role of maternal nutrition in the aetiology of pre-eclampsia has gained increased attention. The similarities between pre-eclampsia and atherosclerosis suggest that the actions of dietary lipids, such as omega-3 fatty acids, may be of particular importance. Studies also support the hypothesis that supplementation of antioxidant nutrients such as selenium and coenzyme Q10 (CoQ10) may be beneficial in reducing oxidative stress in women at risk of developing pre-eclampsia.

Early onset pre-eclampsia has been linked to altered placental DNA methylation. There may be a link between choline as a major methyl donor and dysregulated placental methylation. Recent evidence has associated choline supplementation to a reduction in an anti-angiogenic factor that is elevated in pre-eclampsia.

Probiotics have also been found to be of benefit to pregnant women. The most recent study looked at 33,000 pregnant Norwegian women over a period of six years. Those that took probiotics in one form or another each day during pregnancy were less likely to develop pre-eclampsia.[10]

In this infographic we take a closer look at the pathophysiology of pre-eclampsia and the role that nutrition and targeted supplementation can play in its prevention and the optimisation of health during pregnancy.