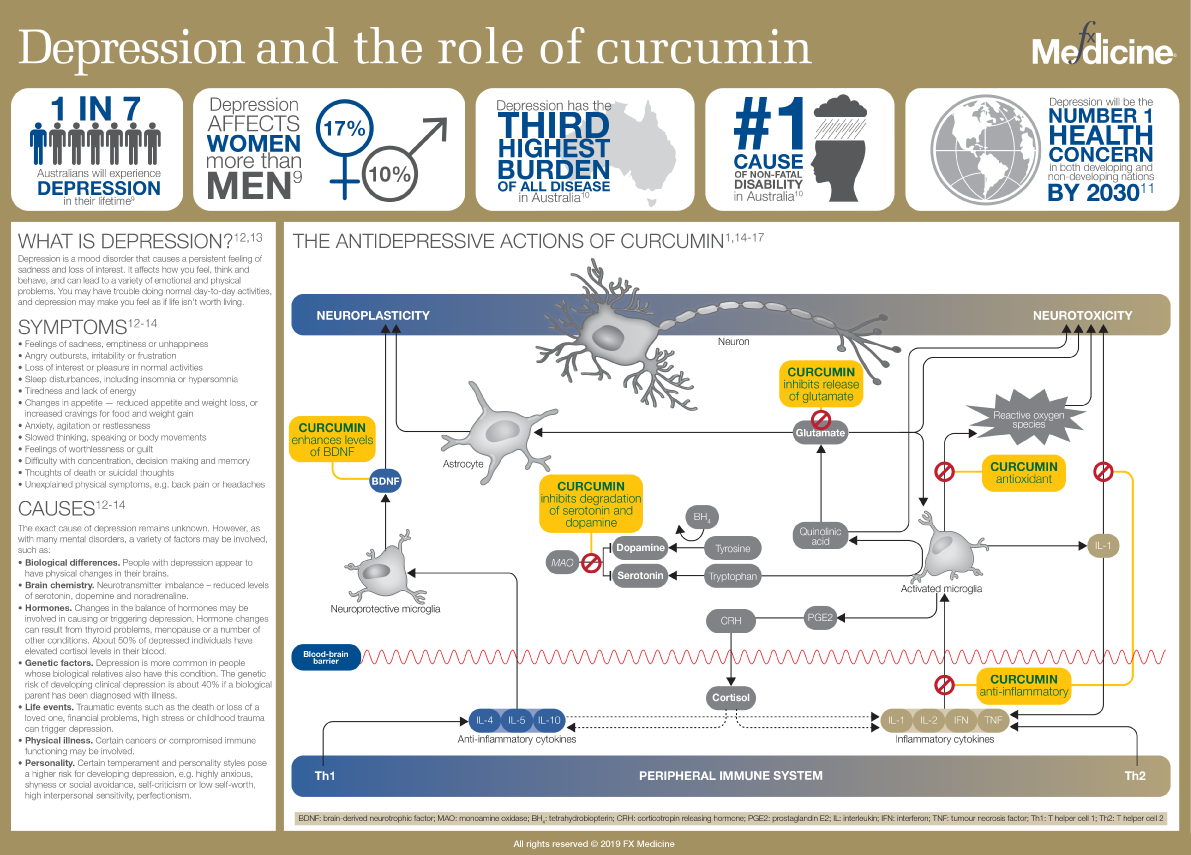 A growing body of research has demonstrated the effectiveness of curcumin in the treatment of depression by acting on numerous underlying targets.

Curcumin is a modulator of various neurotransmitters, in part, by inhibiting monoamine oxidase (MAO-A and MAO-B), which is involved in catalysing the oxidation of dopamine, noradrenaline and serotonin.[1]

By increasing the levels of brain-derived neurotrophic factor (BDNF), curcumin has also demonstrated a role in promoting neuronal survival and hippocampal neurogenesis.[2]

Furthermore, it has been proposed that the anti-inflammatory properties of curcumin contribute to its antidepressant activity. Inflammation is known to play a major role in the pathophysiology of major depressive syndrome. Curcumin is a potent anti-inflammatory compound shown to inhibit cytokine-producing helper T cells (Th1 or Th2), cyclooxygenase (COX)-2, nuclear factor kappa B (NFkB) transcription[3] and nitric oxide synthase.[4]

Curcumin exhibits pharmacological safety and efficacy and has shown potential for the treatment of a wide variety of diseases. In spite of this curcumin has been limited as a treatment due to its poor bioavailability. The major reasons for the low bioavailability of curcumin are its poor water solubility and absorption, rapid metabolism, and rapid systemic elimination.